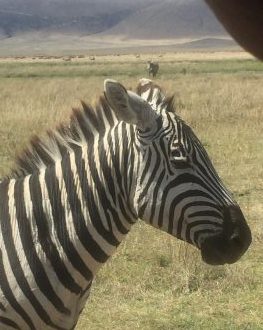 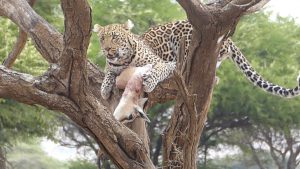 What is it about visiting Africa that makes us uncomfortable, while at the same time, in more important ways, feel so serene? Is it simply the poverty? And why do we cling to the aphorism ‘dark continent’ long after colonialism has run its course and cell phones have become ubiquitous? Is there some impregnable mystery shrouding people who live in the wild?

I can’t answer that, although I’ve tried. Even on my recent trip to East Africa, I found myself, once again, comparing tribal customs with western social and religious practices. It’s hard not too; the contrasts are so striking. In spite of trying mightily to be a passive tourist, looking and listening and living in the moment, I caught myself mining for clues to man’s primal nature and trying to identify core values found in every society (among the potpourri of customs, rites, rules and religions around the world). Then I’d ask myself, what was I doing?  It was laughable, grasping for windblown seeds of universal truths. But after all, I told myself, anthropologists insist that social development was the key to survival and propagation of our species. They have the proof, they argue.

First, however, let’s remember the backdrop from which these questions arose: village life and the great African game reserves with their expansive primordial landscapes. The wild kingdom is, as described in the brochures, beautiful. And it is brutal. But underneath, you sense meaning too.  One cannot enter Ambosili or Tarengere without being awed by the eternal, ceaseless struggle for survival. Indeed, only the fittest endure. The rest are consumed within moments of their first misstep, leaving only sunbaked bone as remnants beneath bunch grass.

From the window of a Landcruiser, you can see the stealthy leopard stalk its prey, and notice that the big cats and zebra dote equally over their young, and like the elephant and giraffe, take care to position their offspring and the weakest for protection.  For the animals of the Serengeti, staying alert is critical. Impala, gazelle, topi and hartebeest move purposely as they cross the plain, growing especially cautious when approaching a pool of water or the granite mounds of kopes. Tension is the mood of the Wild.  Even the famished lion is instinctually wary and quick to leap before curiosity turns to panic in the eyes of the gazelle.

But there is humor too. Who cannot but laugh at monkeys with their baby-like hands and mischievous grins or at the frightened bug eyes of the little, yellow mongoose?  During photo safaris, we found animal behavior not unlike our own.  Whether by nature’s design, or that of a creator, these were the plains from which humanity sprang and the evolutionary links are transparent.

A cruel and beautiful world.

A world where fear and love guide the creatures of the Serengeti as certain as they guide well-suited men and women on Madison Avenue.

Of course this part of the planet has its great cities: Nairobi, Mombasa, Arusha, Dar Es Salam, to name a few, where multi-storied buildings soar next to squalid slum shanties with dirt floors. The city may provide modern Africa’s sustenance, but the soul of the continent is found in its villages.

In Tanzania there are 43 tribes, with 43 distinct languages not understood by their neighbors, and 43 cultural practices entirely unique to themselves. The bond between tribes, if that is the right word, is Swahili, a musical language I slaughtered with each attempted utterance. It was developed by the Arabs and later the colonials, phonetically based on the Bantu tongues of elongated vowels and the marriage of ‘m’ with consonants ‘b’, ‘w’ and ‘h,’ as well as the phonetic combination of ‘n’ or  ‘m’  with ‘g’.

Most inhabitants of modern Africa speak Swahili. All educated Africans speak English. Tribes holding on to their traditional way of life speak neither.

We were privileged to visit the Maasai and the Hadzabe (Bushmen), the villages and homes of the Mbugwe, the Chaga, Kikuyu, Iraqw, Makonde, Datogo and Kidaodigo. Each unique, with its own characteristics. The Chaga, for instance, are ambitious and gregarious; they welcome the modern world, prize education, and seek equality for their daughters. The Kikuyu are both the leaders of Kenya and the poorest of tribes, farming small plots and sleeping with goats on mud floor beds to protect their food source from the beasts outside. The Maasai, of course, live on the blood of their cattle (actually drinking it straight or mixed with milk); they are  a culture in which everything is measured by the inherent value of a cow, a sheep or a goat. With four cows one can buy a wife. With forty, a man can afford a several and a score of children.

Bushmen from the Hadzabe tribe live in the Stone Age with one exception: nearby Datoga blacksmiths prepare their bronze and steel arrowheads and spearheads for larger game.  These hunters and gatherers are fearless, proud, and disarmingly gentle. A sharing people. Hastily built huts of stick and frond protect them from sun, but in hard rains they run to gather in the burrowed bellies of Boabab trees.  As in other primitive tribes, the women do the work: search for roots and edible plants, build communal kitchens, bring water, care for the children and make the clothing, primarily from hide of baboon and other smaller animals. When not hunting with their bows, the men of the Hadzabe boys club preen and enjoy their cannabis or fermented brew, much like their brothers the Maasai, smiles abounding.

In Africa, poverty brings happiness.  To me, that appeared to be true. The poorer the better: the closer you are to your family and friends. The tribe is a cohesive group held together by blood and simple rules everyone understands––rules not infrequently broken and requiring well known and affordable penalties. But most importantly, for the poorest, the exigencies of nature consumes their day working or hunting through the feverish heat, bombarded by flies when the sun is high, on in the spikes of cold on rainy evenings, navigating puddles of mud and angry livestock. The rain comes to replenish life giving water, to clean dust-filled hair, and to send the bugs away for a day.

That was lesson one, poverty brings cohesion. A simple life liberated from the chatter and distraction of modernity.

And with simplification comes a lack of undue striving. Perhaps, most importantly, the tribal life engenders affection and genuine pride; tight family units where each member, however young, is proudly busy with defined tasks depending on their social role, gender and age. As a result, they persist as family units in the same village generation after generation. The one necessary exception is for the daughter who marries into the neighboring village, becoming the servant of her mother-in-law while diversifying the gene pool.

On the negative side, naivety is common for these generous and open people of primitive tribes. They are easy marks for those wanting to capitalize on their trusting natures. I wouldn’t expect them to survive the judgement and social engineering of a modern state’s sanctimonious bureaucracy.

In villages, I often button-holed one or two men and queried them politely, discovering that throughout East Africa religious practices are fluid. Christianity is welcome and accepted in the cities and hinterlands. Along the coasts, Islam holds fast to the majority’s hearts as a result of the Omani incursions of past centuries. But these new religions merely duplicate many of the ancient myths, rites, and attitudes developed from ancestral worship. According to tribal belief, our forebears populate the spirit world, although there is no conception of a first cause creator or an anthropomorphic god figure. These people, like indigenous Americans, witness evolution in their daily contest for survival. They see firsthand what remains after the jackals and vultures leave, and conjure no afterlife beyond temporary visits by ancestors as long as memory of them lasts.

Instinct prevails. Not morals. Not reason. Not even cultural norms. In fact, the last is molded to serve the first. Hunting, gathering, herding, and farming practices––even social and sexual behavior––vary depending on the need for survival and the environment nature has bestowed. The object is an ancient one:  pass on your genes and those of the group. If nomadic, you herd cattle or sheep or goat. If your tribe has settled, you farm. If fewer men than women exist, husbands are shared.

Private property is the primary currency for mating. Sexually, you get what you can afford, thus proving the worth of your mettle.  Though rich with cattle, if a man is old and cannot perform his familial duty, he asks young relatives to bed his wife, thus carrying on the family line and adding to his prestige. In small tribes, promiscuity might very well predominate as the accepted norm, never spoken aloud to protect egos, but insuring a more diverse gene pool.

Therefore, unlike the confusion we see in the West, sex is separated from the concept of love. Some tribes choose to assume the risk of psychological harm in order to fulfill a higher need. Polygamy and adultery serve their purpose.

Closeness is the one commonality found in every village, every group of huts––expressed by their ordinary joy of being alive and being with.  Laughter is their common language; songs of gratitude their prayers.

And so I recognized the thread between the old and the new: the fight for life and love.

After all of this––the beautiful beasts and these wonderful people––I still wondered:  Where is God to be found on the plains of the Serengeti? Or is He hiding in hill villages rich with rice, coffee and banana?

Then I saw a cheetah run. A hundred yards away, sensing the coming cat, a wildebeest was cleaning her newborn foal and fell into frenzy, prodding her offspring to stand and join the protection of the group and their migration to greener grasses. God had to have been present in that vivid moment. Life never more acutely lived. Perhaps, too, I had already seen a reflection of God in the smile of the child with flies lodged in every crevasse, her giggling at seeing her photo on my phone, holding my hand as we walked along. And, as you can see clearly in the photo, it must have been God that struck terror in the buffalo’s eyes as he was eaten alive by the lion pride. All along, had I truly intended to find God in the transparency of the wild, I should have looked for the source and to the end . .  .  at life and death.