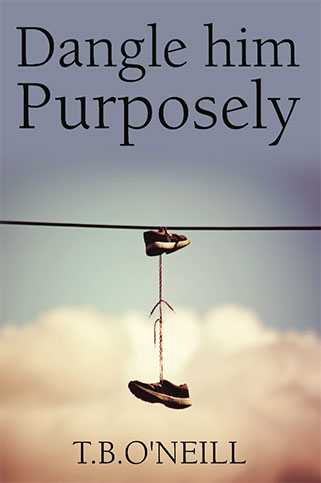 In 1959, amid America’s poor and destitute,  Tim O’Neill’s father is finally sober, his mother and stepfather are at last employed, and his fractured family finds a home in small-town America.

A feverish hope sweeps over the land. The nation’s young president dreams of moon landings, rock and roll booms over airways, and boys in tennis shoes shoot hoops on warm summer nights. At the dawn of the 1960s, Tim settles into a new home and discovers friends, girls, and religion and the inherent conflict of that combination. Most of all, he acquires a new model of masculinity.

But danger lurks in the shadows. A great turbulence is on the horizon, rolling in with discord like gathering thunder.

Soon, dark days are again at his door. Tim has dealt with it all along: this undercurrent of failure in America, the violence, the Man, the strife of the dispossessed. There have always been bullies in his life, excesses of inebriation, and long stretches of missed meals for the losers in a competitive country. And when war comes, it seems that only those of his social class are called to fight the nation’s battle and make the ultimate sacrifice.

Dangle Him Purposely captures the crushing weight of the era, the beseeching prayer for peace, and the troubling fear that, at its essence, our culture is corrupt and dangerous.

This is a tale of one boy’s adventures during the calm and in the storm, as he prepares for manhood the way boys do in every era, whether in peace or in war.