A Lesson In Immigration 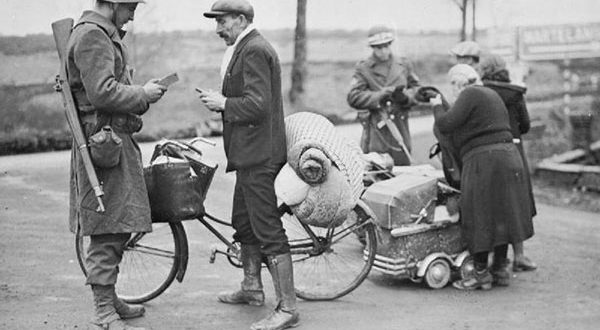 A lesson in immigration 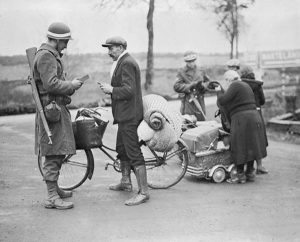 Immediately after WWII, the Allies required that all ethnic groups return to their homelands. Germans to Germany, Croats to Croatia, Balkans to the Baltic region. Russians, importantly, returned to Russia. A diaspora in the many millions taking to the road with carts and duffle bags over their shoulders, hauling their children, and a few scant belongings. Millions trudging across borders. People who had lived in a particular country for generations, say Austria or Poland, were dispossessed of their property and forced to leave in the largest migration in history, becoming strangers in their so-called their ethnic homes. The reason? The Nazi Germans justified invasions, as others soon would (including the Italians along the Adriatic coast, and Russians in Poland, Ukraine, and Black Sea areas), to protect their people living across borders. Over a century, Germans had migrated to other lands, generations creeping easterly passed the geographic boundary of Deutschland. Simultaneously, the Russians had expanded westerly to Montenegro, Crimea, and other enclaves. So dictators easily worked up a fervor among their populations to ‘protect’ their ethnic cousins, who they claimed were being persecuted. To avoid a repeat of this rational for war in the future, our leaders forced upon Europe a diaspora that was unparalleled in its scope and its cruel displacement. Approve of this ‘cleansing’ by forced migration, or not, the result of this reshuffling of humanity was peace in Europe that has lasted 70 years, the longest period in history.
Learning from the past, responsible countries today carefully limit the number of migrants from singular countries, preferring immigrants from diverse parts of the world: not just to avoid invasion, but also to avoid creation of populations with foreign attachments, and to engender assimilation and assist, without overwhelming, the labor force. There is nothing racially intolerant in that. There is everything democratic about it.